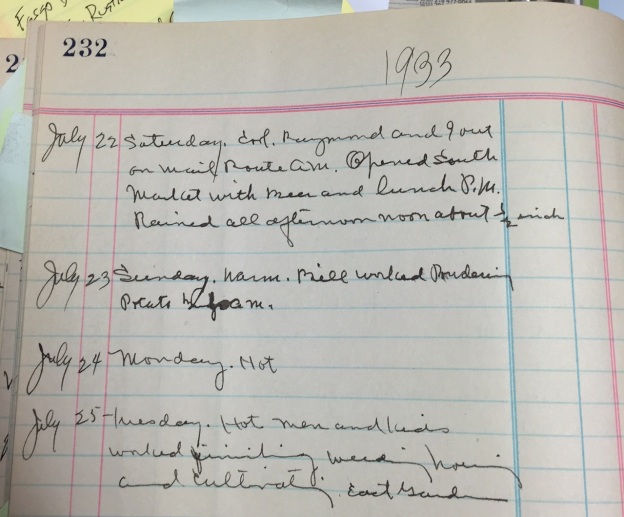 Congress declared that on April 7, 1933, 3.2% alcohol beer could once again be sold.  After 13 years of national Prohibition, beer was back.  They called it “New Beer’s Day.”  Ray Gesell, Randolph and Catherine’s grandson, opened the Old Trail Tavern that July just outside the city limits of Moorhead.  Today, that bar is Jerry’s Tavern on 11th Street North, Moorhead.  Here is a page from the diary that shows the opening day.

4626 Oakport Street N
Moorhead MN 56560
info@probstfieldfarm.org
No set hours - see calendar for activities
Contact for tours or other use